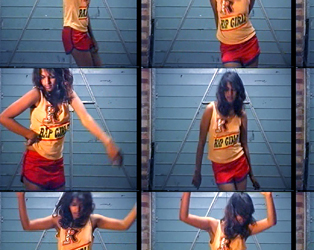 This engaging documentary proves as much an examination of the immigrant experience and the dualities that can result as it is of the life and career of its subject, provocative Sri Lankan-born artist M.I.A. Forced to leave for England as a child due to her father’s activities as a Tamil revolutionary, Matangi becomes known as Maya, adapting to a new culture and language and finding means of expression through visual art, film, and music. After reconnecting with her heritage, she becomes M.I.A., a cutting edge musician whose work is inseparable from her activism, making for an uncompromising and often divisive figure.

Compiled almost entirely from contemporaneous personal footage, the film offers genuine insight into the formation and processes of a unique artist.