Win a French Film prize pack for the release of From the Land of the Moon!

From the Land of the Moon opens at the IFI from Friday the 23rd of June, and we’re celebrating with prizes!

In the film, Marion Cotillard plays Gabrielle – a young woman forced into an unwanted marriage in the wake of World War II. Frustrated with her lot in life, she sees a chance at escape when she crosses paths with a young soldier while recuperating at a Swiss retreat.

From the Land of the Moon is directed by Nicole Garcia and also stars Louis Garrel and Alex Brendemühl, it is adapted from the 2006 novel by author Milena Agus.

To celebrate the release of From the Land of the Moon, we’re giving away a movie prize pack to one lucky winner. The pack contains three films – Rust and Bone, Czesanne et Moi and The Anarchists. 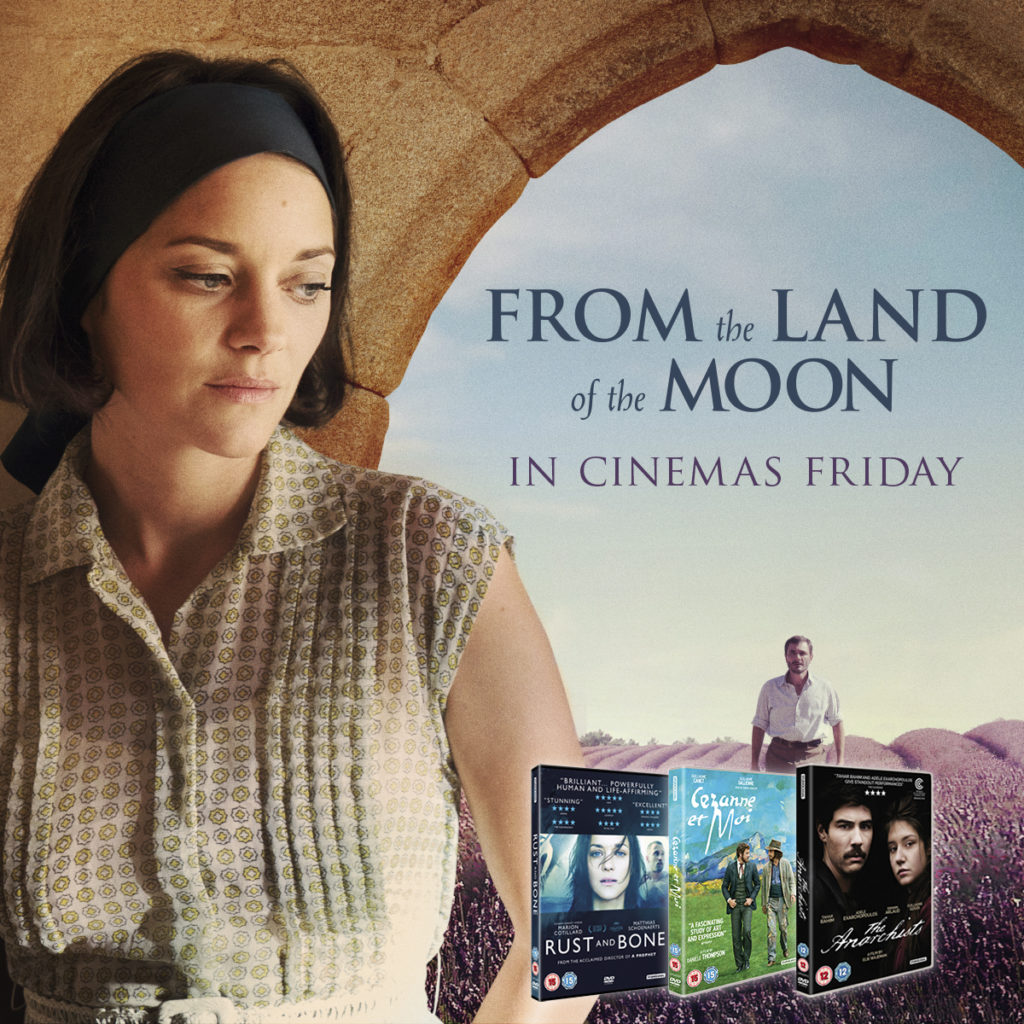 For your chance to win, just fill in the form below. This competition closes on the 29th of June 2017.

Terms and conditions apply. Winners will be notified by email.