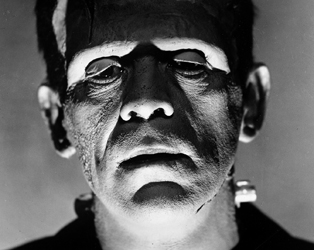 THE IFI PRESENTS A JAMES WHALE RETROSPECTIVE IN APRIL 2018

To celebrate the release The Old Dark House from April 27th 2018, newly restored in 4K and looking just like it did back in 1932, the IFI is delighted to present a retrospective of the horror works of director James Whale.

Englishman Whale started his career in London, gaining notoriety for directing an acclaimed stage production of Journey’s End in 1928, spurring a move to Broadway and later Hollywood where his eye turned to the silver screen.

This included a 1930 version of Journey’s End and a celebrated screen adaptation of the stage musical Show Boat in 1936 but his name has become forever associated with the Universal horror pictures of the 30s, most notably Frankenstein in 1931 and Bride of Frankenstein in 1935.

Whale himself often lamented his associated with these genre films but they have truly stood the test of time, and have proven influential on scores of filmmakers in the decades since.

His The Old Dark House was long considered a lost film, until a negative was discovered in the Universal vaults in 1968. This new 4K restoration brings the film back to its gothic glory, which you can see in the re-release trailer.

Four films will screen in all from April 27th, including a double bill which will be presented by Irish Times film critic Donald Clarke. See the full timetable below.