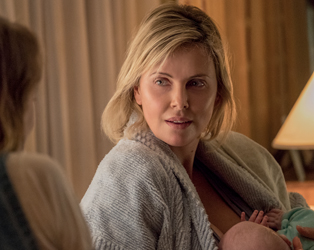 Review Roundup: Tully, Lean on Pete and A Cambodian Spring

Read on for some opinions from critics and why not pop in to make up your own mind!

“[Charlize] Theron and [Mackenzie] Davis are dynamite together, the actresses playing off each other like two sides of the same coin”
IndieWire

“A respectful treatment, and a brilliant performance from Charlie Plummer”
4/5 – RTE

“It still rings with the small, revelatory details of great drama – those bright, beautifully observed moments of humanity that jump out like glints of glass in the desert”
4/5 – Telegraph

“In the hands of British filmmaker Andrew Haigh, this tale of a troubled teen (an extraordinary Charlie Plummer) bonding with a horse becomes a heartbreaking look at a marginalized America”
Rolling Stone

A CAMBODIAN SPRING
“Weaving together complex material into a coherent narrative, it emerges as a sort of magic trick. A unique story. But also one that is too common and too universal”
4/5 – Irish Times

“[An] illuminating and absorbing documentary”
4/5 – RTE

“This film is a call to wakefulness and action, not only on the part of the desperate, but also from those who pretend to sleep, who have a lot more to give, and perhaps to lose”
Film Ireland

“Distressing but wholly compelling, A Cambodian Spring will surprise even the hardened pessimist as to what people are prepared to do for power and money”
5/5 – Entertainment.ie