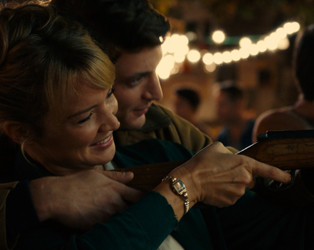 Check out reviews of our new releases this week below, or pop in to make up your own mind!

THE FAVOURITE
“There is more warmth in the average Samuel Beckett play than you’ll find in the director’s entire oeuvre. These are, however, the colours he works in and, not for the first time, he’s fashioned them into something like a masterpiece.”
5/5 – Irish Times

“A soundtrack that lurches from the lush strains of Handel, Purcell and Vivaldi to the experimental edginess of Anna Meredith via Elton John’s harpsichord adds to the off-kilter atmosphere, keeping the audience on their toes – alert, unsettled, and hugely entertained.”
4/5 – Guardian

RBG
“A documentary that was as sober as its subject might have spent more time on the fascinating archival audio from some of the cases Ginsburg argued, but this breezy primer is hard to argue with.”
4/5 – Irish Times

“Finding reciprocity — in the eyes of the law, your partner, your colleagues — is the essence of this documentary, one that comes at a moment that desperately lacks it.”
4/5 – Time Out

“This spry celebration reveals that the real Ginsburg is neither beast nor badass, but an even-tempered, soft-spoken mediator-not typically the traits that inspire rousing high-fives”
Variety

AN IMPOSSIBLE LOVE
“Some very terrible things happen, but she never allows the picture so slip into melodrama. We don’t always understand why people do the things they do, but we don’t doubt that they would do those things. Recommended.”
4/5 – Irish Times

“A brave, tough film with a strange lyrical beauty and a difficult premise at its core”
4/5 – RTE

“Corsini is a film-maker who has always been drawn to the themes of female sexuality and the challenge and transgression that it represents. This is her best picture so far.”
5/5 – Guardian