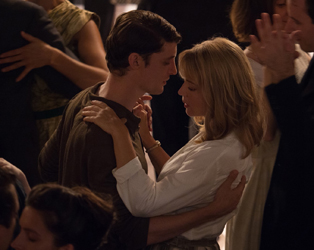 This film was released on Friday 4th January 2019 and is no longer screening.

Beginning in 1958, Catherine Corsini’s engrossing drama follows small town girl Rachel (Virginie Efira) as she meets and falls for Parisien charmer Philippe (Niels Schneider), and then spends decades of her life dealing with the repercussions of their tumultuous relationship, which has left her a struggling single mother. Rachel is working as a typist in Châteauroux when she begins a romance with Philippe, an intellectual from a wealthy family who refuses to marry her or allow their daughter, Chantal, to bear his family name. As the years pass and Chantal becomes a teenager, Philippe’s occasional and aloof presence in their lives grows more unwelcome and manipulative.