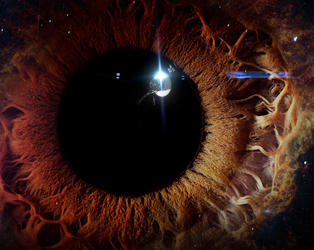 Review Roundup – The Farthest and The Big Sick

Two new films debut this week, including highly feted Irish documentary The Farthest from Emer Reynolds and The Big Sick, a romantic comedy that’s rewriting the rules of the genre, co-written by and starring Kumail Nanjiani (Silicon Valley).

Check out some reviews of these films below and pop into the IFI to make up your own mind!

THE FARTHEST
“The film is meticulous, epic and – Kate McCullough’s characteristically fine cinematography justifies theatrical distribution – beautiful throughout. What most surprises, however, is how moving The Farthest turns out to be. Our world is so fragile. We are so insignificant. But we can do hugely ambitious and generous things”
“A wonderful film that will inform generations to come”
4/5 – Irish Times

“The Farthest is a stirring, evocative documentary about humanity at its most hopeful and innovative”
5/5 – Entertainment.ie

“It wrestles with the vast and the incalculable and the terrifying to remind us of our own shattering insignificance. Yet in Reynolds’ sympathetic hands, this becomes a reassuring message in troubled times for the human race”
Screen Daily

“The Big Sick, while not reinventing the romantic comedy, certainly finds a lot of new fresh material to play around with”
4/5 – Entertainment.ie

“The Big Sick’ is a touching, bittersweet delight, buoyed by a brilliant script and wonderful performances”
4/5 – Movies.ie