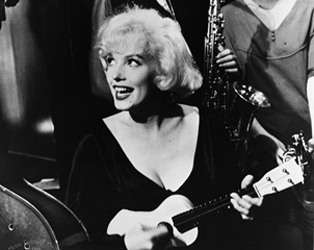 Review Roundup: Peterloo, Black Mother and Some Like It Hot

Three films release at the Irish Film Institute on the 2nd of November 2018: Peterloo, Black Mother and classic comedy Some Like It Hot.

Read on for a selection of reviews and pop in to make up your own mind!

“There is a danger of filing Peterloo away as an “important film” – but it is also a complex, rousing and rewarding one for anyone prepared to meet it on its own unapologetically ambitious terms”
4/5 – Telegraph

“It’s a stately, explicitly rhetorical paean to the people – setting the past in stone while also lashing out at a present-day political order”
Variety

SOME LIKE IT HOT
“Wilder’s 1959 comedy is one of the enduring treasures of the movies, a film of inspiration and meticulous craft.”
Roger Ebert

“Pictures like this, with a sense of humour that is as broad as it can be sophisticated, come along only infrequently.”
Variety