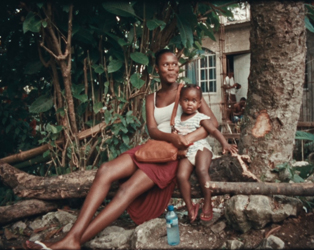 This film was released on 2nd November 2018, and is no longer screening.

Impressionistic rather than didactic, Allah’s distinctive approach to his material has progressed from his debut documentary Field Niggas (2015), through to working as director and cinematographer on Beyoncé’s striking Lemonade (2016). Organised into ‘trimesters’ marked by a woman’s developing pregnancy, the film is the result of Allah’s tour ofthe country, the birthplace of his mother, with a variety of different voices contributing to a fractured yet ultimately cohesive discourse on Jamaican political and religious history. The cumulative effect is highly distinctive.