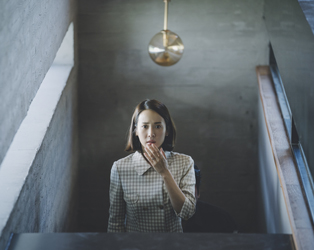 “It’s a splendid film, beautifully acted and realised, which manages to be both entertaining and profound. Above all, it makes you think, and when was the last time you were afflicted by that sensation in a cinema?”
5/5 – Irish Independent

“This really is a horribly fascinating film, brilliantly written, superbly furnished and designed, with a glorious ensemble cast put to work in an elegantly plotted nightmare.”
5/5 – Guardian

“Bong is back and on brilliant form, but he is unmistakably, roaringly furious, and it registers because the target is so deserving, so enormous, so 2019: “Parasite” is a tick fat with the bitter blood of class rage.”
Variety

“Let’s just say it: the South Korean auteur Bong Joon Ho is some kind of genius and he tops himself with ‘Parasite’-it’s explosive filmmaking on every level and one of the cinema high points of 2019 . You won’t know what hit you.”
4.5/5 – Rolling Stone

MR JONES
“Holland’s movie really lets rip in the final act, the ordeal in the wasteland of Ukraine. She has a real story to tell – a story that isn’t told enough – and a single, compelling and likable character with which to tell it. It’s a picture with sinew and strength.”
4/5 – Guardian

“A fiery epic paying further tribute to this forgotten figure of history, and stoking the coals of remembrance as the forces of authoritarianism are, as they say, back in the news.”
Little White Lies

“The flat denial of an eyewitness account of famine makes one wonder about the Twitterstorm it would provoke in this age.”
4/5 – BBC

A STREECAR NAMED DESIRE
“It’s a close-to-definitive example of how to make a great play work on film, for all the very slight air of Hollywood compromise.”
Daily Telegraph

“Inner torments are seldom projected with such sensitivity and clarity on the screen.”
5/5 – New York Times

“The camera has done greater justice to the Williams play, catching the nuances and reflected tragedy with an intimacy that is so vital in a story of this type.”
Variety

“Despite the overwhelming power of Brando’s performance, Streetcar is one of the great ensemble pieces in the movies.”
4/4 – Roger Ebert

“Brando’s performance as Stanley is one of those rare screen legends that are all they’re cracked up to be.”
Washington Post