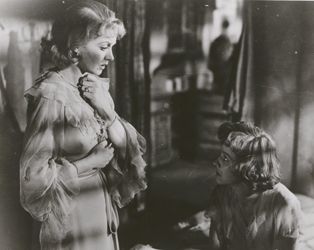 This film was released on the 7th of February 2020, and is no longer screening..

Having directed the original Broadway production in 1947, Elia Kazan brought Tennessee Williams’s play to the big screen just four years later, with the playwright and director collaborating on the screenplay. While Marlon Brando as the brutish Stanley Kowalski, Kim Hunter as his put-upon wife Stella, and Karl Malden as suitor Mitch all reprised their stage roles, the original Blanche DuBois, Jessica Tandy, was replaced by Vivien Leigh. When the recently widowed Blanche is forced to move in with her sister and her husband in an environment she obviously feels is beneath her, the simmering antipathy she and Stanley exhibit towards each other comes to a horrible climax as the mentally fragile Blanche proves no match for Stanley’s animalistic callousness. Brando in particular, in only his second film role, offers a masterclass in acting, his ‘method’ style becoming hugely influential over the following decade.