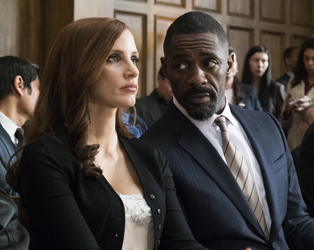 It’s officially 2018 and as we all get back to normal life after the Christmas period we’re looking forward to serving up plenty of exciting cinema offerings in the months ahead.

We’re starting off with four new releases including the fast-paced drama Molly’s Game starring Jessica Chastain and the acclaimed mindfulness documentary Walk With Me.

Read on for a selection of reviews of our new films, and why not pop in to make up your own mind.

“In the central role, Jessica Chastain is, quite simply, phenomenal”
4/5 – Guardian

“The fascinating, fitful Jupiter’s Moon turns a refugee into a class of superhero”
3/5 – Irish Times

WALK WITH ME
“Walk with Me makes for a unique documentary spectacle, especially as it explores the power of silence and clarity”
RogerEbert.com

“If it came in pill form, you could take two to recover from a Michael Bay movie”
Time Out

“Brad’s Status remains grounded in reality – it’s gentle, human and unresolved. I loved it, but I don’t think I’ll ever be able to watch it again”
Village Voice