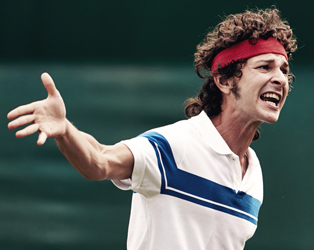 We’ve got two new films this week: Maze and Borg/McEnroe.

The first is an Irish thriller based on the 1983 escape from the Maze prison, starring Tom Vaughan-Lawlor and Martin McCann and directed by Stephen Burke, who will attend a Q&A at the IFI on Saturday September 23rd.

Borg/McEnroe brings the tennis rivalry between the two greats to startling life. Sverrir Gudnason is the Swede and American actor Shia LaBeouf plays John McEnroe. The stage is set for one of the greatest showdowns in sporting history.

Read on for reviews of these films, and pop in to make up your own minds!

“You will be riveted to your seat in what is a refreshingly authentic film, which has not one false note”
4/5 – RTE

“Time is a healer, and this film educates as well as entertains”
Screendaily

BORG/MCENROE
“LaBeouf makes McEnroe his own, while costar Sverrir Gudnason does a remarkable approximation of Borg”
4/5 – Irish Times

“Playing tennis may not seem the best use of Shia LaBeouf’s talents, but the star is terrific in a role that shrewdly plays off his controversial off-screen persona”
Variety