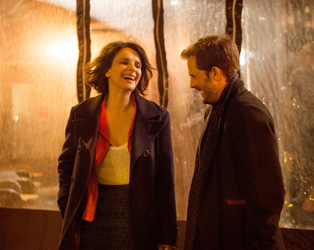 Three new films release today April 20th, and we’ve got a selection of reviews below.

Let the Sunshine In is the latest from acclaimed French director Clair Denis, and stars Juliette Binoche as Parisian artist looking for love.

Marlina the Murderer in Four Acts is a gorgeously lensed Indonsian Western about a young woman on a quest for revenge.

“It had never occurred to me that watching Juliette Binoche turn men down for an hour and a half would be enough plot for a movie, let alone one so rich, hilarious and sensual”
RogerEbert.com

“Suffice it to say that the movie’s mostly enjoyable, but its ending is immortal”
Village Voice

“The film slowly but surely works its charms, painting a rich, emotionally complex portrait of a woman who, like Denis herself, will not let herself be boxed in”
Hollywood Reporter

“At once tightly controlled and simmering with righteous fury, it’s gorgeously lensed, atmospherically scored and moves inexorably toward a gratifying payoff”
Variety

“It’s a small, offbeat movie, punctuated by bursts of terrible violence but also infused with a winning strain of deadpan humor that’s not too far removed from Jim Jarmusch”
AV Club

“At once an enjoyable genre ride and a feminist arthouse story, Marlina the Murderer in Four Acts might send some heads rolling but has its own head firmly on its shoulders”
Hollywood Reporter

“With its exceptional score and widescreen views of the parched landscape, there’s a Leonean feel to proceedings, which makes the feminist exposé of the macho brutality of the male characters all the more shockingly droll”
Radio Times