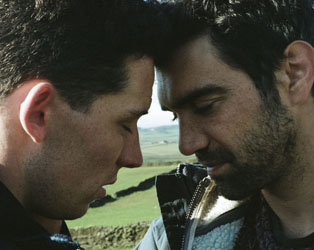 We’re welcoming one new film this week, God’s Own Country.

The first feature from British director Francis Lee tells the story of an isolated sheep farmer who hires a migrant worker to help one season. The two men begin to form a bond in this rich and emotionally complex film, shot in the wilds of Yorkshire.

Read on for some reviews of God’s Own Country, and pop into the IFI to make up your own mind!

“Beneath the grey veneer of rural realism, this is a magical film, one of the best you’ll see this year.”
5/5 – Irish Times

“The film has a cumulative power that sneaks up on you even as you think you’re keeping track of it, and a twilit afterglow that hasn’t faded yet”
4/5 – Telegraph

“a potent, haunting meditation on the soul-stirring significance of being open to love”
Little White Lies

“It is a film which lives and dies by the performances which Lee gets from his cast, and these are excellent: sharp, intelligent and emotionally generous.”
4/5 – Guardian