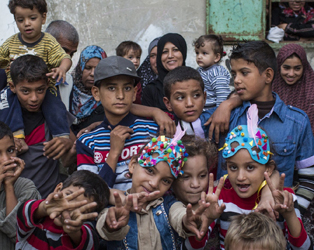 “A sombre, angry film about a people under political siege.”
4/5 – Guardian

“This carefully-made film delicately avoids direct confrontation with political elements while still making clear their culpability for the devastation it surveys.”
Screen International

“Gaza is compelling because we hear of life there in the people’s own words, we can judge the tone of the revelations and observations, look at the weary expressions. Some seems fatalistically resigned, others are resilient, hopeful somehow. More than a few are determined not to let the Israeli-imposed economic embargo grind them into the dust.”
5/5 – RTÉ

“[Eklöf] has the provocateur’s gift for images that needle, nettle and stick, well before their message locks firmly into place.”
Variety

“”Holiday” refuses to cast judgment on its protagonist with its stark cinematography and long takes, letting lead Victoria Carmen Sonne’s subtle performance shine in this crime drama about imbalances of power.”
LA Times

“Holiday is a fearless work, anchored by Sonne’s bold, subtle performance, which keeps her motivation unclear until a burst of developments at the startling conclusion.”
IndieWire

“The virtuoso sequences — the long kiss, the crane shot into the door key — are justly famous, yet the film’s real brilliance is in its subtle and detailed portrayal of infinitely perverse relationships.”
Chicago Reader

“It’s the accuracy, efficiency and control of Hitchcock’s direction that most impress. They enable him to dovetail the film’s thriller format and romantic story to dizzying, expressive and unique effect.”
5/5 – Time Out

“Notorious has fascinating echoes of other Hitchcock movies such as Rebecca and Psycho. A must-see or must-see-again.”
5/5 – Guardian

“Alfred Hitchcock’s Notorious is the most elegant expression of the master’s visual style, just as Vertigo is the fullest expression of his obsessions.”
4/4 – Roger Ebert