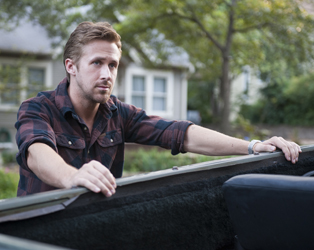 It’s Friday, which means new releases at the IFI!

We’ve got three this week, with something to suit all tastes. They include Final Portrait, which is the latest directorial effort from Stanley Tucci starring Armie Hammer and Geoffrey Rush as well as a new film from Terrence Malick – Song to Song features Ryan Gosling, Rooney Mara, Michael Fassbender and Natalie Portman,  plus plenty of music industry cameos.

We’ve also got a new documentary called Quest, a remarkable piece which was filmed over almost 10 years by Jonathan Olshefski. It’s a portrait of an African American family in Philidelphia during the Obama years, and the trials and triumphs of their daily life.

Read on for some reviews of these films below, then pop in to make up your own mind!

FINAL PORTRAIT
“It’s a highly entertaining portrait of the two men, and Tucci’s own directorial brush strokes are bold and invigorating”
4/5 – Guardian

“It’s a delightful, nimble miniature, as thought-provoking in the long term as it is wryly entertaining in the moment”
4/5 – Telegraph

“Rush and Tucci create a captivating portrait of an artist who’s at once elated, haunted, and utterly possessed”
Variety

“Though the film is all surface, that surface is precisely the point”
Indiewire

“It’s a very enjoyable drama, by turns hilarious and touching, and Rush gives a rich portrait of a dedicated craftsman who truly suffered for his art”
4/5 – Irish Independent

SONG TO SONG
“I wouldn’t go so far as to call this a “normal” movie, but audiences alienated by Malick’s recent style will find this a bit more palatable”
4/5 – Guardian

“There is…much to admire in Song to Song and much to argue with, including its ideas about pleasure and women. So go, fall into its embrace, resist its charms, argue. This may not be a film to love, but it is a film to see”
New York Times

“Connect with the kineticism of Song to Song, and it might just leave you breathless”
Village Voice

“No Badlands, but the best of the recent minor Malicks. And it features Val Kilmer with a chainsaw”
Total Film

“Song to Song is about floating along on currents of uncertain desire and excitement, overthinking your own indulgence in these whims, and then sometime later on down the road, through no clear constellation of reasons, recognizing that a real human connection was squandered in the haze of all that self-exploration”
Slant

QUEST
“As America lunges sickeningly through yet another racial nightmare, we are offered a timely pocket epic from north Philadelphia on the Obama years”
4/5 – Irish Times

“Even as “Quest” toys with expectations, the triumphs in “Quest” are much harder to spot, though they are mighty; love, family, and hope in the face of adversity. Nothing could be more harmonious”
Indiewire

“Of course the Raineys aspire to rise up the social ladder, but their appreciation for the simple things in life is heartbreaking yet beautiful to observe”
The Upcoming