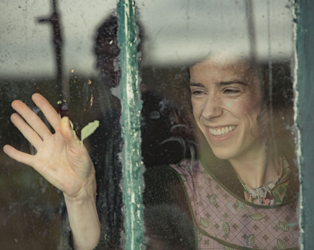 Review Roundup – England is Mine, Maudie and Land of Mine

We’ve got three new movies for you from Friday the 4th of August: Morrisey biopic England is Mine, Irish co-production Maudie with Sally Hawkins and Ethan Hawke and intense Oscar-nominated post World War II story Land of Mine.

You’ll find a selection of reviews below, and why not pop in to make up your own mind!

MAUDIE
“Maudie is a sad film about poor people, but it could scarcely be more open to benevolence and quiet humanism”
4 / 5 – Irish Times

“Sally Hawkins is wonderful as the fragile but irrepressible Maudie, and Ethan Hawke is, if anything, even better as a man terrified of caring.”
4 / 5 – Irish Independent

“Hawke is good at playing bad, but Hawkins is better, rendering, in “Maudie,” a portrait of a woman that feels raw, real and revelatory.”
Washington Post

“Instead of emphasizing the obvious, Walsh relies instead on the nuanced and profound performances, especially by Hawkins”
4 / 5 – Boston Globe


LAND OF MINE
“Economic, impeccably acted and impressively aware of the moral conundrums — when do wars really end? – the picture is, despite its grim substance, a crowd-pleaser of the traditional school.”
4 / 5 – Irish Times

“Nominated for the Best Foreign Film Oscar, “Land of Mine” is a powerful epic, superbly acted, tense and unsettling, but also poignant and occasionally tender”
The Wrap

“Once, their fans were legion, but I can’t help feeling this well made, sensitive and funny drama has arrived a decade or two too late to interest a wide audience.”
4 / 5 – Irish Independent

“England Is Mine may for stretches feel underpowered but it’s really an exercise in understatement.”
4 / 5 – Entertainment.ie