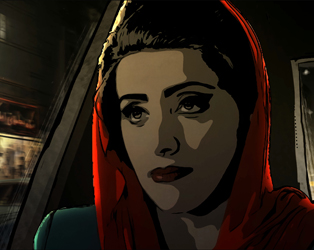 We’ve got three new releases at the IFI from Friday October 5th: Columbus, Tehran Taboo and The Silver Branch. Read on for a selection of reviews or pop in to make up your own mind!

COLUMBUS
“this is a challengingly intelligent film, and Richardson is just superb”
4/5 – Guardian

“the blazing Haley Lu Richardson, wrings everything from her best-written role since The Edge of Seventeen”
4/5 – Irish Times

“Columbus is a feast for the eyes, but its more lasting impression is on the heart”
indieWire

“Lovely and tender, marking Kogonada as an auteur to watch”
Variety

TEHRAN TABOO
“The script crackles with such bleak little jokes like this, relieving the tension in a work that could otherwise prove overwhelmingly depressing and borderline melodramatic”
4/5 – Guardian

“Like no Iranian movie I’ve seen, Tehran Taboo reveals the routine hypocrisy of people who observe and even enforce a strict religious code but secretly indulge in the pleasures of the flesh”
3/4 – Chicago Reader

THE SILVER BRANCH
“The Silver Branch is an absorbing, brilliant film that should be honoured everywhere prizes are given”
4/5 – RTE

“Beautifully shot, thoughtful documentary on the poet Patrick McCormack, who led resistance against plans to build an “interpretive centre” in the Burren”
4/5 – Irish Times

“What elevates this film, however, is its extraordinary ability to pair its visuals with Patrick McCormack’s narration”
Film Ireland