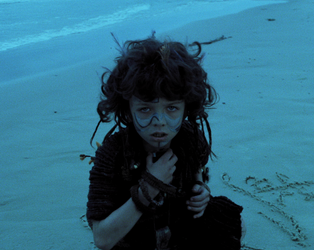 As with other examples of his work (such as 1981’s Possession), Andrzej Żuławski’s sci-fi epic, surrealistic, allegorical, rich in symbolism, baffling and beguiling in equal measure, makes for a unique viewing experience. Based on a novel by his great-uncle, it sees a trio of astronauts the only survivors of a crash on a distant planet where they begin a new offshoot of the human race. A lone colleague sent to investigate is promptly declared a messiah who will lead the humans to victory over the planet’s natives. The film’s production is a tale of its own, as depicted in Kuba Mikurda’s Escape to the Silver Globe.