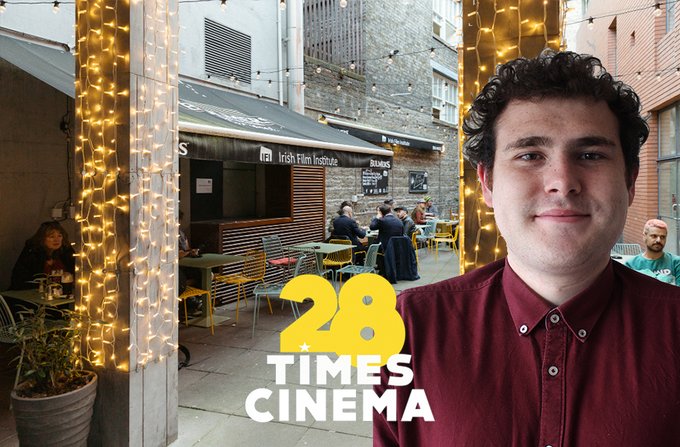 Highlights From Venice So Far… with Stephen Porzio

The sun is scorching. The water is warm. Yet, between August 28 and September 7, the best part of Venice is the films being screened.

I’ve been in the Italian city over a week, representing the Irish Film Institute through the Venice Film Festival’s 28 Times Cinema programme. One of my responsibilities includes being part of the Official Jury of the Giornate Degli Autori, a strand that discovers and internationally promotes work from rising auteurs.

Because I’m on the jury and will be – alongside 27 other young European cinephiles – granting a prize to the best feature within the programme, I cannot comment on the competitors individually. I will say however the selection this year has been stellar, showcasing phenomenal exciting cinema from across the world.

What I can go into more detail on is the movies outside of my strand, some of which include the most highly anticipated films of the year. Early into the festival, I saw a double bill of Noah Baumbach’s divorce comedy-drama Marriage Story and the Brad Pitt starring Ad Astra.

In regards the former, those who loved Baumbach’s previous portrayals of familial dysfunction like The Squid and the Whale and The Meyerowitz Stories will adore his latest. While Marriage Story sees the American filmmaker return to themes he has explored elsewhere, here the scope is larger and the writing even sharper.

Ad Astra was strong too, a space thriller that despite a handful of spectacular action scenes feels far more indebted to slow burn sci-fi epics like Blade Runner 2049 and Solaris. Like these movies, the Brad Pitt vehicle is about a person venturing into vast isolated uncharted territory only to gaze inward at his own issues – in this case, a toxic relationship with a father figure played by Tommy Lee Jones. Sensitive, sombre and surprisingly emotional, Irish Oscar-nominee Ruth Negga also shines in a small but vital role.

Similarly haunting if more disturbing was Joker, Joaquin Phoenix’s new take on the legendary character. Set in a crumbling pre-Batman 80’s Gotham, Arthur Fleck is an aspiring stand-up comedian who just wants to bring joy into people’s lives. Yet, one personal setback after another leads him to snap and adopt his moniker as the clown prince of crime.

In equal parts exhilarating and heart-breaking, the thriller explores how an uncaring society can create its monsters. In this respect – alongside the period setting and the presence of a dialled-in Robert De Niro – the biggest reference points for Joker are Taxi Driver and The King of Comedy. The buzz here is Phoenix – who delivers a performance that deftly dances between true verisimilitude and camp – is a serious contender for the festival’s Volpi Cup for best actor.

That said, perhaps the most impressive films I’ve seen in Venice are the three titles competing for the Lux Prize, a strand devoted to movies which raise awareness about Europe today’s main social and political issues. One highlight was Scandi documentary Cold Case Hammarskjöld, a true-life murder mystery so far reaching and dizzying, it makes Inherent Vice’s conspiracy look basic. It screens as part of the IFI Documentary Festival on September 29. I would strongly advise readers to pick up tickets while they still last.

Excellent too was The Realm, a Spanish thriller about a corrupt politician. When held up as a scapegoat by fellow bent party members, he decides to go public – threatening to topple the whole system. Power plays have rarely been so thrilling. This is thanks to restless camera work and a dark booming techno soundtrack. That’s even before the film’s final third switch into true horror, delivering a last act so white-knuckle tense I felt I was having a heart attack watching.

Also competing for the Lux Prize is delightful Macedonian comedy-drama God Exists, Her Name is Petrunya. Telling the story of a single jobless woman who causes havoc when she takes part and wins in a religious competition for men, co-writer and director Teona Strugar Mitevska’s dissection of gender issues and relationships between church and state is razor-sharp.

If curious about the Lux Prize entries mentioned above, you can learn more about them by reading a report I wrote on the 28 Times Cinema blog. I covered a panel discussion between the filmmakers behind the movies.

Another female director worth applauding is Australian debut director Shannon Murphy. Her in-competition drama Babyteeth (one of two features in the main selection helmed by women) had a strong impact on viewers, as droves of its audience members were seen wiping tears away as the credits rolled.

The film tells the story of two parents (Ben Mendelsohn and Essie Davis). They struggle to cope when their teenage daughter, Milla (Eliza Scanlen, soon to be seen in Greta Gerwig’s Little Women) is diagnosed with cancer and starts dating an older homeless drug dealer (Toby Wallace).

Benefitting from a cast that don’t just play characters but inhabit them, a snappy script from Rita Kalnejais and delicate intimate direction from Murphy, Babyteeth is heart-achingly humanist. Not one character is a caricature or a villain. Instead, each of its main four players are three-dimensional people acting out in different ways due to the intense strain of their circumstances. These moments are depicted in a handful of incredible sequences which manage to find poetry in the mundanity and the pain of everyday life.

Lastly, I would like to shine a spotlight on Ireland’s contribution to the Venice Film Festival. This is Rialto, a Dublin-set drama penned by Mark O’Halloran (Adam & Paul, Garage) which screened in the event’s Orizzonti (Horizons) strand. Tom Vaughan-Lawlor stars as a family man in the midst of a mid-life crisis who forms an intimate bond with a young male prostitute (Dunkirk’s Tom Glynn-Carney).

Despite tackling a potentially difficult subject matter and centring upon characters who are not the easiest to like, there’s something delicate, melancholic and tangible about Rialto’s depiction of ennui and longing that gets under viewers’ skin. The tentative relationship that grows between Vaughan-Lawlor and Glynn-Carney is spine-tinglingly electric to watch.

Anyone interested in learning more about me and following my experiences in Venice can do so on Twitter @StephenPorzio. Meanwhile, stay tuned here and on the official 28 Times Cinema blog for other updates during and after the festival.