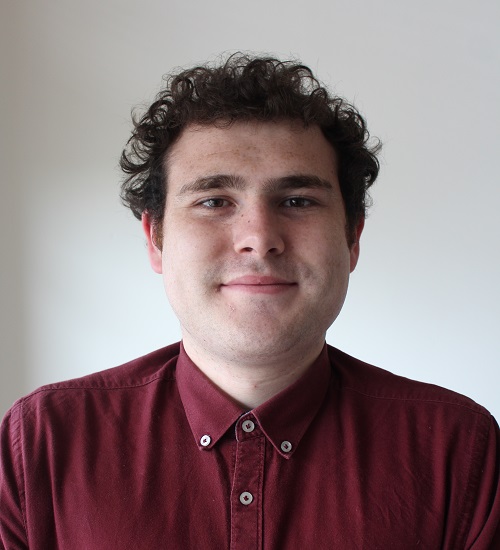 In 2019, Stephen Porzio was chosen to represent Ireland at the Venice Film Festival through the 28 Times Cinema programme, which he applied for through the Irish Film Institute. Below, you can find his first thoughts on the opportunity, ahead of the festival in August.

My hands trembled with excitement and my heart nearly jumped out of its chest as I read the e-mail: “Dear Stephen Porzio. We are pleased to inform you that you have been selected to take part in the 10th edition of 28 Times Cinema.”

Since my teenage years, cinema has been my greatest passion. On dull rainy Irish evenings, I would go up to my film fanatic father’s attic – the shelved walls reminiscent of old video rental shops – and take a handful of movies. I’d then curl up warm in bed with my portable DVD player and watch a couple a night.

I soon realised I wanted to devote my life to cinema, to turn my passion into a career. In University College Dublin, I earned a BA in English with Film. There, I learned how to view a movie critically, an invaluable asset for what I wanted to do – write about cinema. After that, I secured an MA in Journalism from Dublin City University. Then, I became the editor for the film section of Irish website Headstuff, on top of writing about matters of culture and entertainment for Hot Press and Travel Ireland Magazine.

You can’t comprehend how honoured I feel being chosen to attend the Venice Film Festival by the Irish Film Institute and 28 Times Cinema. Taking place from August 28 to September 7, one of my responsibilities at the iconic event includes being part of the Official Jury of the Giornate Degli Autori programme, a strand of the festival that discovers and internationally promotes work from new auteurs. I will be watching all the films in this category. Then, together with 27 other 18-25-year-old cinema lovers selected by 28 Times Cinema – one from each EU country – we will grant a prize to whichever movie we believe is the best of the selection.

On top of this, the 28 of us will be taking part in round table discussions and debates with film industry professionals, along with various practical workshops. We will also be contributing to the Europe Cinemas website and a special blog designed specifically for the event, as well as acting as ambassadors via social media for our respective countries. The latter will be done by using the hashtags @luxprize, @EuropaCinemas #28TimesCinema, #28TC2019 and #Giornatedegliautori.

We will also get a chance to watch the films competing for the LUX Film Prize. This is another strand devoted to movies which raise awareness about some of Europe today’s main social and political issues. At the Karlovy Vary international Film Festival in the Czech Republic last weekend, the 10 films competing for the award were announced.

Out of these, three will be part of the LUX Film Prize Official Competition and will be screened in Venice. We will know which ones have been selected on July 23.

I’m raring to get to the festival. Not only does it promise to be a week and a half of amazing cinema, I believe it will be a fantastic opportunity to meet passionate young cinephiles like myself, as well as a chance to network with filmmakers and other critics. Again, I would like to thank 28 Times Cinema and the IFI for this great opportunity to represent Ireland. It’s truly a dream come true.

We want to wish Stephen the very best of luck at the festival, stay tuned for more updates in the coming weeks.