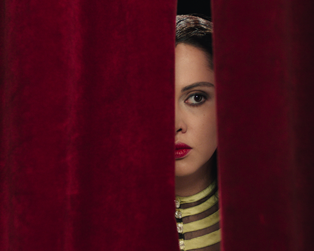 Oscar-nominated filmmaker Jim Sheridan and Festival Director Zahara Moufid’s fifth annual Dublin Arabic Film Festival (DAFF) will open on Friday, October 5th at the Irish Film Institute (IFI) in Dublin’s Temple Bar. The festival, which runs until October 7th, has been developed in partnership with the IFI and is again presented by Dubai Duty Free. Tickets and info here.

This year’s festival will include five films at the IFI including the opening film Looking for Oum Kulthum, Shirin Neshat and Shoja Azari’s drama about Oum Kulthum, the legendary Egyptian singer and diva. Amr Salama’s Sheikh Jackson and Ziad Doueiri’s The Insult will screen on Saturday 6th, while Karim Moussaoui’s Until the Birds Return and Tala Hadid’s House in the Fields will screen on Sunday 7th.  The Chester Beatty Library (CBL) will also show Nadine Labaki’s comedy Caramel at 14.00 on Saturday 6th; admission to the CBL screening will be free of charge.

DAFF has proved to be a great success since its inaugural year in 2014 when movie great Omar Sharif opened the festival.  Over the past four years, DAFF has attracted dedicated flim fans, directors and actors from all over the world including Dubai, Egypt and Morocco. International and Irish famous faces at the festival over the years include U2’s The Edge, actress Amy Huberman, singer Damien Dempsey, and ambassadors from several Arab countries.

Commenting on this year’s programme, Jim Sheridan said, “Last year the place of women in Arabic society emerged as one of the key themes of the festival and it is once again one of the central themes of this year’s festival with three films being directed by women. House in the Fields is brilliantly directed by Tala Hadid, while the opening film, Looking for Oum Kulthum was co-directed by Shirin Neshat. Caramel, directed by the Lebanese director and actress Nadine Labaki is a comedy and explores the theme of life, love and the pursuit of happiness and will be shown at the Chester Beatty Library.”

Ross Keane, the Director of the IFI, said, “The IFI is proud to once again host the annual Dublin Arabic Film Festival. The continuing growth and popularity of this festival is a testament to the vibrant cinema of the Middle East and North Africa, and remains a hugely important part of our strategic commitment to exhibiting the very best of international cinema from the four corners of the globe.”

Colm McLoughlin, Executive Vice Chairman and CEO of Dubai Duty Free, the presenting sponsor of DAFF said, “Dubai Duty Free has been the presenting sponsor of DAFF since its inaugural year. In that time we have seen the popularity of the festival grow. Irish audiences are interested in travel, culture and exploring the Arab world.  We know this as we see huge numbers of Irish people travelling through Dubai International Airport and Dubai Duty Free as they travel to the city for both business and leisure.”

Looking for Oum Kulthum, the festival’s opening film, tells the story of Mitra, an ambitious artist in her forties who embarks on her dream project of making a film about the legendary Egyptian singer and diva Oum Kulthum. The film explores the struggles, sacrifices and the price of Oum Kulthum’s success as a female artist in a male-dominated society.

Affecting drama Sheikh Jackson tells the story of Khaled, a respected junior cleric in Alexandria whose seemingly stable life becomes derailed by the news of Michael Jackson’s death. Succumbing to long-suppressed feelings of turmoil and anxiety, he begins neglecting his wife and child and experiences flashbacks to his teenage years, when he was nicknamed ‘Jackson’ on account of love for the King of Pop.

Ziad Doueiri’s The Insult, which was shortlisted for this year’s Best Foreign Language Oscar, tells the story of how a minor altercation between a Lebanese Christian and a Palestian refugee escalates into a public dispute that comes to encapsulate the lasting legacy of the Lebanese Civil War.

Documentary House in the Fields centres on an isolated rural Amazigh village in the High Atlas Mountains in Morocco. A portrait of a community that has remained unchanged for hundreds of years despite the rapidly accelerating socio-political realities of the country, the film observes and faithfully records the lives of the villagers.

In Until the Birds Return, past and present collide in the lives three people in this gripping film that exposes the soul of contemporary Algerian society.

Finally, the Chester Beatty Library will show Caramel, a comedy set in a beauty salon in Beirut which provides a haven for five women, each with busy and complex personal lives.  With the support of their friends in their familiar salon, the women search for the answers to questions of life, love and happiness in Nadine Labaki’s charming 2007 film.

Tickets for screenings at the IFI can be booked online at www.ifi.ie/daff or by calling the IFI Box Office on (01) 6793477. Admssion to the screening of Caramel at The Chester Beatty Library is free and booking is not required.  For more information see www.dublinarabicfilmfestival.ie