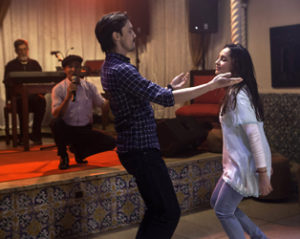 The paths of three cross-generational characters overlap and interconnect in Karim Moussaoui’s Until the Birds Return, an ambitious triptych that attempts to gauge the mood of contemporary Algerian society from multiple perspectives: a property developer who witnesses a crime; a young woman being driven to her wedding by a man with whom she has a history; and a neurologist who is possibly guilty of wartime wrongdoing. Moussaoui’s accomplished debut feature premiered to acclaim in the Un Certain Regard section at the Cannes Film Festival.