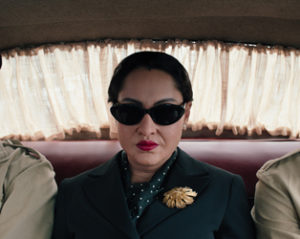 Mitra is an artist in her forties who embarks on her dream project of making a film about legendary Egyptian singer Oum Kulthum (1900-1975), whose music continues to resonate throughout the Arab world. Her film explores the struggles, sacrifices and the prices of Oum Kulthum’s success as a female artist in a male dominated society. However, having left her family behind for her career and in her efforts to capture the essence of Oum Kulthum as a myth, a woman and an artist, Mitra’s own struggles blend with those of the singer and she finds herself caught in an emotional and artistic breakdown.