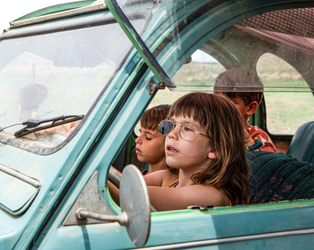 REVIEW ROUND UP: ALCARRÀS, RASHOMON, TILL & EMPIRE OF LIGHT

This week’s titles at the Irish Film Institute from Friday, 6th January 2023 include  Alcarràs , Rashomon, Till and Empire of Light will screen from Monday 9th.  Read on for a selection of reviews or pop in to make up your own mind!

“The power of Alcarràs lies in the filmmaker’s care for and understanding of her subject  … It is a joy to watch.” – Little White Lies

“Simón and her cast of nonprofessional actors achieve a luminous naturalism.” – The New York Times

“A rare gem. In its unforced, plaintive artistry, it nurtures to a palpable ripeness the beauty and burden in these all-too-hidden lives.” – The Los Angeles Times

“Kurosawa’s 1950 masterwork is a chilling, utterly memorable dissection of the nature of human communication.” 5/5 – The Guardian

“Till is a fierce portrait of courage and a sombre study of the human cost involved in resisting this kind of barbarity.” 4/5 – The Guardian

“Meticulous account of a 1950s racist murder.” – The Financial Times

“The ability to bring history into the here-and-now by intertwining the personal and the political is one of the film’s strong suits.” 4/4 – Roger Ebert

“The ‘love letter to the movies’ genre is revived in this poignant, wonderfully acted drama about love, life and films.” 4/5 – The Guardian