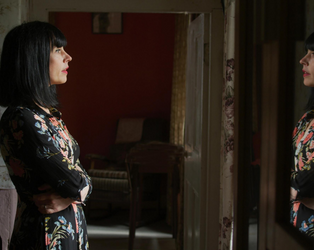 This week’s new titles at the Irish Film Institute from Friday, 11th November 2022 include Clouded Reveries, No Bears and The Draughtsman’s Contract. Read on for a selection of reviews or pop in to make up your own mind!

“There is a bracing severity and intelligence and moral seriousness to No Bears.” 4/5 – The Guardian

“No Bears is an inventive act of defiance.” 4/5 – The Scotsman

“This is a daring and brave film that, in a sense, is about the power of film itself. It’s also great cinema.” – The Spectator

“Greenaway’s arch tale of sexual and political manipulation has not lost its power to bewilder and compel.” 5/5 – The Guardian

“What we have here is a tantalizing puzzle, wrapped in eroticism and presented with the utmost elegance. I have never seen a film quite like it.” 4/5 – Roger Ebert

“Few other directors have made so many films that were so taut, savvy, cynical and, in many different ways and tones, funny.” 4/5 – Roger Ebert

“Orson Welles gave one of his most Shakespearean performances as an ageing, corrupt police chief in this remarkable melodrama.” 5/5 – The Guardian