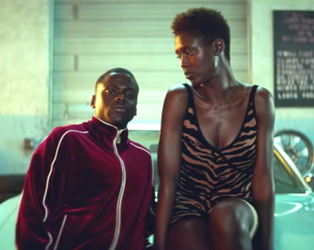 BLACK HISTORY MONTH AT THE IFI

September 30th 2022: To celebrate Black History Month, the Irish Film Institute (IFI) is delighted to present cinema screenings including new documentary Sidney and Black Irish Shorts curated by Unapologetic, plus a new season on IFI@Home, with films available to rent from tomorrow, October 1st. The collection, which includes 12 titles, spanning from the 1920s to the present day, offers a diverse and engaging collection of titles which explore the themes of race, identity, education, music, violence, the importance of chasing your dreams and romance.

Some of the earliest examples of excellent African American filmmaking can be seen in Oscar Micheaux’s films Within our Gates (1920) and Birthright (1939). Both features address the injustices faced by highly-educated African American citizens, and look at how their ambitions are thwarted at every turn.

Throughout the collection, the multitude of African American experiences in the USA during the 20th and 21st centuries are captured. In Spike Lee’s best known feature Do the Right Thing (1989), heat, pizza and racial tensions in a Brooklyn neighbourhood play out on screen. Also depicting Black life in Brooklyn, Just Another Girl on the I.R.T (1992), provides a window into the life of a lively and ambitious teen, who dreams of med school and escaping the trappings of her disadvantaged neighbourhood.

The collection also features some compelling and insightful cotemporary cinema, with films such as Queen & Slim (2019) and Miss Juneteenth (2020). Queen & Slim is a captivating drama which blends romance, violence and race relations into an unforgettable epic tale. Miss Juneteenth focuses on African American beauty pageants and the impact of them on one mother-daughter relationship.

The Queens of Comedy (2001) shows African American women making their mark on the comedy scene, an engaging documentary that highlights humour and success in equal measure.

Life on the continent of Africa is depicted through Kini & Adams (1997) and Mandabi (1968). The former explores the dream of two friends to escape their rural life for the big city while Mandabi (1968), directed by Ousmane Sembène, follows aging, unemployed Ibrahima (Makhouredia Gueye) as he goes through the highs and lows of receiving a financial gain that he wasn’t expecting.

From the UK, Burning an Illusion (1981) and Young Soul Rebels (1991) explore issues of race in Britain, while touching on subjects of music, police brutality and domestic relationships.

Finally, to celebrate one of the most famous female jazz artists to this day, the United States Vs. Billie Holiday (2020), illustrates the hypocrisy faced by the singer if she were to sing Strange Fruit, a song depicting the struggles and injustices faced by the African American community.

On Wednesday, October 5th at 18.30, the IFI will screen Reginald Hudlin’s Sidney, a new documentary which explores the life and work of the late, great Sidney Poitier. For tickets and more information, see ifi.ie.

‘Whatever it is, the way you tell your story matters‘ – Unapologetic, the multidisciplinary literary and cultural magazine that responds to social issues and creative opportunities in contemporary Ireland, have curated Black and Irish Shorts, screening at the IFI on the October 16th at 12.00. Titles include Anchor Babies, Dubh,The Colour Between and Say my Ainm. For tickets and more information, see ifi.ie.

The Colour of Diversity Workshop on October 4th at 10.00 complements a discussion on Visibility & Representation in Film/Media hosted by Unapologetic on Sunday, October 16th at 13.30, following the shorts programme. Tickets to both the shorts and discussion cost only €10.00. For tickets and more information, see ifi.ie.