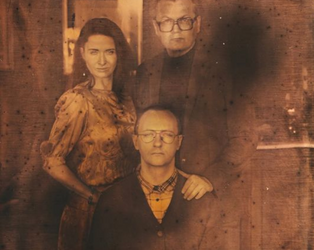 REVIEW ROUNDUP: BLIND AMBITION, WHERE IS ANNE FRANK & HOLE IN THE HEAD

This week’s new titles at the Irish Film Institute from Friday, 12th August 2022 include Blind Ambition, Where is Anne Frank and Hole in the Head.  Read on for a selection of reviews or pop in to make up your own mind!

“The Zimbabwean team are fun, passionate and make for an enjoyable watch” – Little White Lies

“Blind Ambition is a stirring and entertaining documentary” 8/10 – 2Oceansvibe

“While the film follows the formula of any underdog story, what emerges is, according to its creators, a much deeper picture.” – The Drinks Business

WHERE IS ANNE FRANK

“The story of Anne Frank and her diary is retold in this fervent, heartfelt and visually wonderful animated film” 4/5 – The Guardian

“An inventive animation from Ari Folman” 4/5 – The Irish Examiner

“Refugees are being denied sanctuary yet Anne is deified, something Folman uses to make blunt but effective points about the lessons of her young life being forgotten by an adult world too concerned with her value as a tourist attraction” 4/4 – The Scotsman

“It uses a device that might have come from a Disney film – Kitty, the imaginary friend to whom Anne addressed her diary, comes to life in contemporary Amsterdam and tries to find her – but it tells a decidedly un-Disney story, albeit in a way that is suitable for children, and it is being shown in both English and Hebrew versions” – The Jerusalem Post

HOLE IN THE HEAD

“The film proposes a hauntological discourse on autofiction, trauma and private ritual, which has been compared by film critic and scholar Fergus Daly to the early films of Atom Egoyan.” – Scannain

“The film-makers’ invention and intelligence is never in doubt. Celebrate the continuing mainstream success of Irish film. Celebrate also those working at the edges.” 4/5 – The Irish Times

“An entertaining biopic with strong performances, especially from Hayek” 4/4 – Empire

“This women-led movie makes sure to portray her story in a way that encapsulates all of who she was; it does not shy away from scenes that portray women as less than whole and perfect” – The Runner

RITA MORENO: JUST A GIRL WHO JUST DECIDED TO GO FOR IT:

“A funny, occasionally foul-mouthed and almost startlingly frank portrait of the 89-year-old performer” 3/4 – The Washington Post