Winner of numerous festival accolades, Blind Ambition tells the inspiring story of four Zimbabwean refugees who became world-class sommeliers. The four young men – Joseph, Tinashe, Marlvin, and Pardon – undertake a perilous journey to South Africa, fleeing the economic failures of Mugabe’s repressive regime, joining thousands of other migrants in search of a better life, eventually securing jobs in restaurants, and learning the intricacies of wine appreciation. Driven by relentless optimism, a passion for their craft, and unshakable national pride, they form Zimbabwe’s first ever wine tasting team and set their sights on the coveted title of ‘World Wine Blind Tasting Champions’, the Olympics of the wine world, which takes place annually in France. From the moment they arrive to compete, this team of mavericks turns an establishment of privilege and tradition on its head. 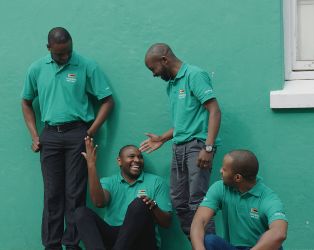