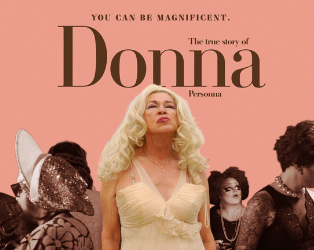 This week’s new titles at the Irish Film Institute from Friday, July 15th 2022 include The Good Boss, McEnroe and Donna.  Read on for a selection of reviews or pop in to make up your own mind!

“Funny, at times poignant, well-paced, and with perfect comic timing, The Good Boss is a must-see.” Film Ireland

“This film has many strengths. Bardem is brilliant here, clearly relishing this role as he addresses his staff with oily condescension. The Good Boss is also well-plotted, the various machinations of the characters coming together in satisfying ways at the end.” Totally Dublin

“A poignant retrospective on McEnroe’s tarnished greatness” The Austin Chronicle

“Every moment of the film contains interesting information from these eye witnesses as well as from an open and honest McEnroe. This film is vital viewing for anyone who wants to see and understand the achievements and heart of this champion.” Alliance of Women Film Journalists

“A gripping documentary” 4/5 – The Telegraph

“This workmanlike documentary is ultimately heartwarming thanks to the dignity and magnanimousness of Donna, who is a Diva only on the stage.” Totally Dublin

“Donna is the story, then, of the successful third act of a trans life” BFI

“This fine overview does convince you of his singularity, while also coaxing you into the sunlit, subtly clouded uplands of his lost world.”4/5 – The Telegraph

“Director Margy Kinmonth’s sumptuous film presents us with a feast of images reminding us why Ravilious is considered one of Britain’s leading twentieth-century artists.” 5/5 – TheReviewshub