An intimate portrait of Donna Personna, the inspiring trans activist, artist, and performer; now in her seventies, Jay Bedwani’s candid film follows her journey to live authentically as herself and to reconnect with her estranged family, who have never seen her perform. Donna Personna came to fame as part of legendary Cockettes but lip-synching in San Francisco’s downtown bars was a far cry from her Baptist upbringing in San Jose. Donna is offered a chance to co-write a play about an overlooked episode in queer history, the Compton’s Cafeteria Riot, in which transgender women stood up against police harassment. She writes a character to be played by a young transgender activist. Donna is a film that shows the strength that can be drawn from your community and proves that it’s never too late to find your voice. 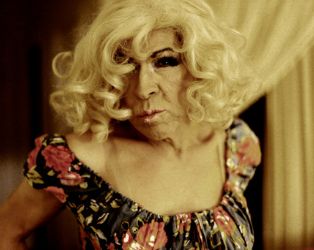