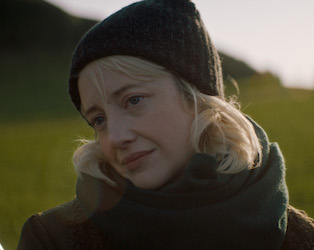 This week’s new releases at the Irish Film Institute on Friday, February 18th 2022 are Here Before and The Real Charlie Chaplin. Read on for a selection of reviews or pop in to make up your own mind!

“”Here Before” keeps us off guard, and all the more awake because of it.”
Variety

“A very accomplished debut from Gregg, and acted with subtlety and sensitivity by Riseborough.”
Guardian

“Stacey Gregg (…) brings a striking and cinematic visual sense to her feature directing debut, which imbues the innocuous suburban backdrop with something tacit and troubling.”
Screen Daily

“This introduction to Chaplin shines whenever he performs, displaying his comic genius for doing everything wrong to absolute perfection.”
New York Times

“This snappy and searching doc makes a very solid fist of finding the man behind the Little Tramp.”
4/5 – Time Out

“[The film] combines an engaging bonanza of familiar and rarer film clips and other archival material with previously unheard audio and deft dramatic reenactments to form a cradle-to-grave account of the legend’s long and winding life.”
Los Angeles Times