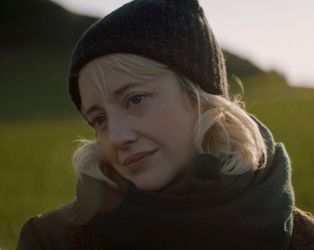 In an ordinary Belfast suburb, bereaved mother Laura is unsettled by the arrival of new neighbours and haunted by the possibility that their child Megan may be the reincarnation of her own daughter, Josie, who died some years before. Relations between the households become increasingly fraught as Laura engineers chance encounters with Megan and becomes obsessed with the child’s strange references to the past. Laura’s behaviour distresses her teenage son, while her husband seems convinced that she is suffering from grief-triggered psychosis.

At the heart of the drama is a powerful central performance from Andrea Riseborough who delivers a haunting study of maternal melancholia. Writer/ Director Stacey Gregg has conjured a natural world in which seemingly unnatural forces prey upon a cast of fully-formed characters in this taut and sophisticated psychological thriller.