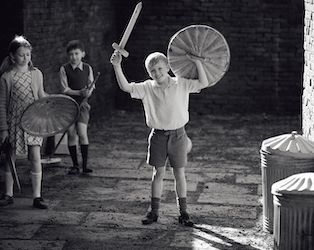 This week’s new releases at the Irish Film Institute on Friday, January 21st 2022 are Belfast, Nightmare Alley, and Mass. Read on for a selection of reviews or pop in to make up your own mind!

“Love letters to the past are always addressed to an illusion, yet this is such a seductive piece of myth-making from Branagh.”
5/5 – The Guardian

“An out-of-nowhere triumph, Mass is the sort of American drama that you rarely see anymore.”
3.5/4 – Roger Ebert

“It’s a harrowing watch, but a cathartic one, with each of the four superb principal actors delivering scenes of wrenching release.”
The Hollywood Reporter