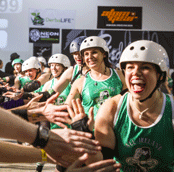 The Irish Film Institute, the home of film in Ireland, celebrates the recent success of Irish cinema this June.

At this time of internationally recognised excellence in Irish cinema, national productions will remain central to the IFI programme this year, with upcoming releases to include Mark O’Connor’s Cardboard Gangsters and Laura McGann’s Revolutions.

On Saturday, June 17th at 18.15, Love/Hate writer Stuart Carolan will host a Q&A with director Mark O’Connor and actor John Connors at the IFI following a screening of Cardboard Gangsters in which John Connors plays Jay Connolly, a part-time DJ and low-level drug dealer living in Darndale, an area rife with gangland violence, drugs and social problems. Mark O’Connor (King of the Travellers, Between the Canals) paints a vivid picture in big, bold strokes capturing the heightened drama of gangland life, punctuated with welcome moments of dark comic relief from his punchy young cast.

On Friday, June 30th at 18.15, director Laura McGann will attend a Q&A following the screening of her cleverly-named documentary Revolutions. Audiences are introduced to the exciting, super-fast, and sometimes brutal world of women’s roller derby, a non-traditional sport that is gaining in popularity, but still operates well outside the sporting mainstream. McGann’s documentary demystifies this rule-laden, jargon-rich world, and celebrates the fearless warrior women who have found new channels for self-expression within it.

New Irish filmmaking will be showcased in our monthly Irish Focus strand with Michael Higgins’s Smolt showing on June 20th, 6.30pm, followed by a Q&A with the director.  Conceived in the style of a bootleg VHS, award-winning filmmaker Michael Higgins plunges viewers into the depths of inner-city Dublin, where the kids earn their pocket money and encounter girls, guns, drugs and disorganised crime

As part of the IFI’s annual celebration of Dublin literature in film on Friday, June 16th, there will be free daily lunchtime archive screenings ‘rejoycing’ in all things Joycean, as well as a screening of Pat Murphy’s Nora on Bloomsday at 18.30.  Murphy tells the story of Nora, a spirited young housemaid from Galway, and her relationship with raffish young writer, James Joyce (Ewan MacGregor). The director of Nora, Pat Murphy, will introduce this special screening.

Another regular IFI monthly film strand, The Bigger Picture, will continue with a screening of The Prime of Miss Jean Brodie, which has been chosen by activist and entertainer Rory O’Neill aka Panti Bliss on Tuesday 27th at 18.30.

Returning to the IFI on July 1st is Dublin Plays Itself. The Irish Architecture foundation and the IFI take to the streets again with two walking tours exploring Dublin’s architecture. There will be two tours, the first beginning at the IFI at 11.00 and the second beginning at 14.00.