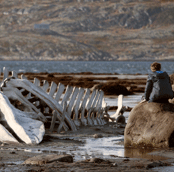 Following three consecutive sold-out Evening Courses in 2015 and 2016, the IFI kicks off 2017 with its new six-week spring Evening Course, From Russia with Film.

The IFI presents From Russia with Film, a new six-week Evening Course looking at selected films from Russia’s rich film history which runs from March 21st – April 25th. 2017 marks 100 years since the Russian Revolution and our course looks at examples of Russian cinema from the Soviet era through to glasnost, and today’s film production under Putin. Russian cinema has evolved alongside distinct historic upheavals, and yielded a wealth of filmmakers, some of whom have significantly influenced the art of cinema itself.

Please note: The course will run on consecutive Tuesdays, starting at 18.30 unless otherwise stated. Order may vary.