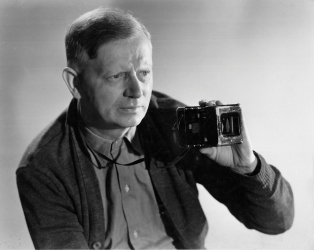 THE PASSION OF CARL DREYER

Though several iconic images from Carl Theodor Dreyer’s final silent film (The Passion of Joan of Arc) and his first talkie (Vampyr) are rightly famous, his status in the cinematic pantheon hasn’t been helped by the difficulty in recent years of catching his films on the big screen where they belong. Even those lucky enough to have seen either theafore mentioned classics or the three extraordinary triumphs he managed to make during the last three decades of his life (Day of Wrath, Ordet and Gertrud), haven’t quite seen the full picture. Because Dreyer’s most widely-screened films also happen to be his most serious, he’s gained an unfortunate, inaccurate reputation as a rather austere specialist in Scandinavian gloom. From the pre-talkie era, a different, richer picture emerges. Some are comedies, others romances, and they shed light on the later work, so that, even in a film as intensely moving as Ordet, one frequently finds moments of gentle humour. All his work – from the witty marital chamber-piece that is Master of the House to the study of a frustrated, fortysomething bourgeois wife in Gertrud – is concerned with the inner lives of all-too-human individuals.

Though his films were often innovative, his methods were marvellously simple and direct. There is a constant, quiet beauty in Dreyer’s work, mirrored in the attention famously paid to faces and the authenticity of sets and costumes, and in the subtly luminous lighting and the discreet but expressive camera movements. His calm, unsentimental contemplation of human passion makes for enormous psychological and emotional precision; no wonder that David Thomson has pointed out that Dreyer belongs “in the company of Mizoguchi, Vigo, Ophuls, Renoir, Rossellini, Bergman, and Godard.” In short, he’s there among the very best.

Introduction and notes on individual films by Geoff Andrew, with additional comments by Tom Milne taken from his seminal study The Cinema of Carl Dreyer (The Tantivy Press, 1971).

A new print of Dreyer’s Ordet (The Word) is also showing in this programme as a re-release. There will be an illustrated talk on Dreyer on April 18th at 14.30.

The IFI would like to thank the Danish, British and Swedish film institutes as well as the Austrian Film Museum for providing prints. The Passion of Joan of Arc will be re-released in the UK and Ireland in September and we’re grateful to Eureka Entertainment for allowing us to show it here.