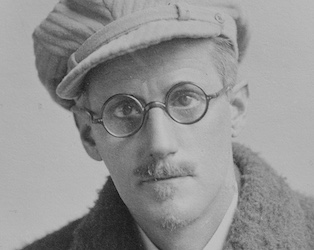 We celebrate the centenary of the publication of James Joyce’s modernist masterpiece in 1922 with this select programme of films which includes a dazzling brace of new shorts, immersive readings, documentaries and the first bold attempt at adaptation from 1967. Ulysses, the story of middle-aged, sexually-deprived Leopold Bloom and his various encounters over the course of a Dublin day, is perhaps the most notorious novel of the 20th century. It was printed in Paris in 1922 by American woman Sylvia Beach, and was soon banned, on grounds of obscenity, by both US and British censors. Like much of James Joyce’s work (apart from the oft-adapted Dubliners), this monumental, linguistically challenging tome has generally defied coherent transfer to screen. But its influence can be traced through scores of subtle and not-so-subtle allusions in films such as Mel Brooks’s The Producers, Harold Ramis’s Groundhog Day, Richard Linklater’s Before trilogy and, closer to home, in Lenny Abrahamson’s Adam and Paul and Luke McManus’s North Circular. This programme (which is complemented by the Joyce on Film programme on the IFI Archive Player) is a multi-faceted gathering of work inspired by Ulysses and the genius of James Joyce.

All screenings have been organised in partnership with the Bloomsday Film Festival. Find more information about their full festival and programme of events here.