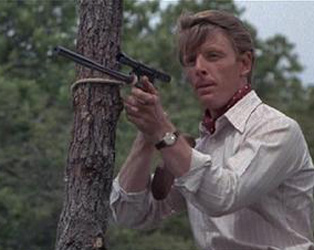 A right-wing paramilitary group plotting to kill French President General De Gaulle in response to his granting of Algerian independence in 1963 contracts a professional assassin code-named ‘The Jackal’. Learning of the conspiracy, police inspector Lebel (Michael Lonsdale) is given emergency powers to conduct his investigation and a game of cat and mouse ensues.

Fred Zinnemann’s adaptation of Frederick Forsyth’s 1971 novel, itself inspired by an actual 1962 attempt on De Gaulle’s life, is a classic of suspense cinema with a career-defining performance from Edward Fox as the elusive Jackal.