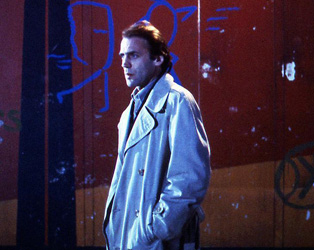 Caught in the crossfire at a raid on a left-wing rally, apolitical scientist Hoffman (Bruno Ganz) is critically injured with lingering memory loss. Smeared as a terrorist by the police who almost killed him and hailed as a hero by other groups, Hoffman’s journey of rehabilitation and investigation into the truth of what happened to him leads to a fateful confrontation with the authorities.

Confused, brittle and full of self-doubt, the character of Hoffman serves as a metaphor for West Germany as a traumatised country learning to slowly rethink its political beliefs.