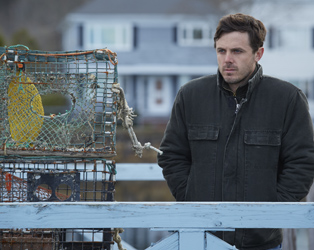 We’re almost halfway through 2017 and we’ve seen a huge range of titles come through our doors here at the IFI.

The films have come from around the world and just around the corner, from every genre you can think of and every budget scale from Hollywood to homegrown.

It’s been an amazing year already, kicking off with the flurry of award-winning titles in the early months and being consistently boosted by high quality productions from Ireland.

As we say goodbye to the first half of 2017, we’re taking a look back at the biggest films which have released to date, by attendance. Starting with a countdown from 20 to 11.

It’s great to see a relatively recent release like The Red Turtle already reaching the top 20, with many rapturous reviews from critics and our own audiences alike. There’s solid representation for Irish films including Jim Sheridan’s The Secret Scripture, John Butler’s Handsome Devil and Ross Whitaker’s Between Land and Sea which showed a number of times at the IFI over the last few months, including many Q&As with the director!

James Baldwin documentary I Am Not Your Negro also made a strong showing as well as Frantz, the latest from Francois Ozon which is still showing daily.

And let’s take a look at the rest of the list, counting down from 10 to 1.

The final two were very close but La La Land took home the prize in the end, in an inversion of that fateful Oscar night. We’re delighted to see the Irish documentary Meetings with Ivor so high on the list. The film directed by Alan Gilsenan played for an extended run at the IFI, starting from its premiere during First Fortnight on January 14th under the title of The Wonder Eye.

It’s a star-studded lineup which also has room from transgressive foreign language delights like Paul Verhoeven’s Elle and Park Chan-wook’s The Handmaiden – both of which ran for an extended time at the IFI. And at the time of writing, we’re still screening Lady Macbeth with an electrifying central performance from Florence Pugh, which first released on the 28th of April!

Stay tuned for more updates as we roll on into the second half of 2017, and keep up to date with everything still to come in June with our handy monthly guide right here.