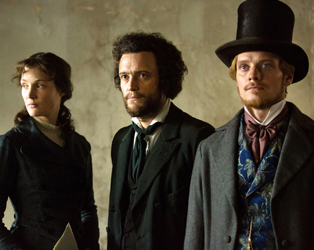 Raoul Peck, a keenly political filmmaker and director of I Am Not Your Negro, one of last year’s outstanding documentaries, returns with a more conventional biopic of Karl Marx (August Diehl) that focuses on his relationship with Friedrich Engels (Stefan Konarske), his lifelong friend and collaborator.

Following his arrest in Germany, Marx moves to Paris with his wife Jenny (Phantom Thread’s Vicky Krieps). The two men travel around Europe refining their political doctrine, arguing against prevailing thought and attracting a growing band of eager revolutionaries, the film will similarly prove of interest to devotees and neophytes alike.