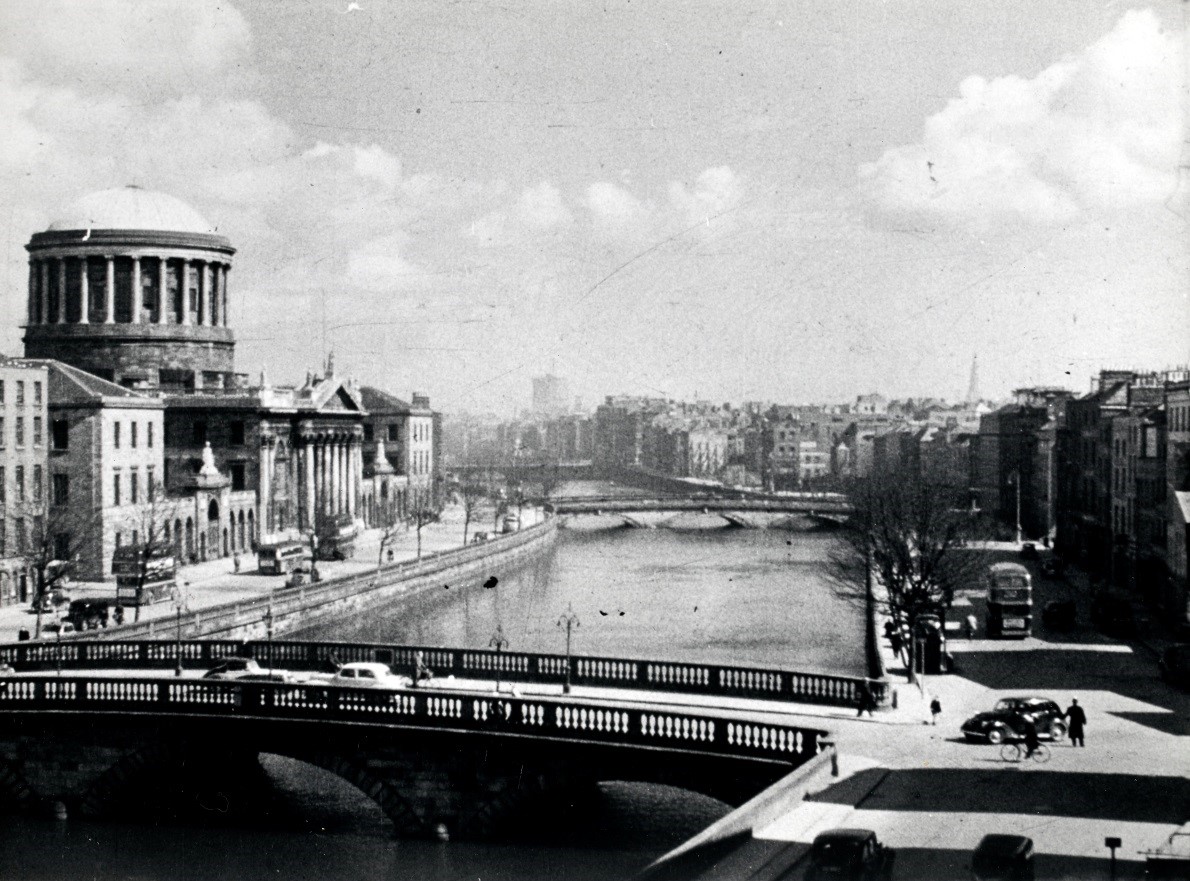 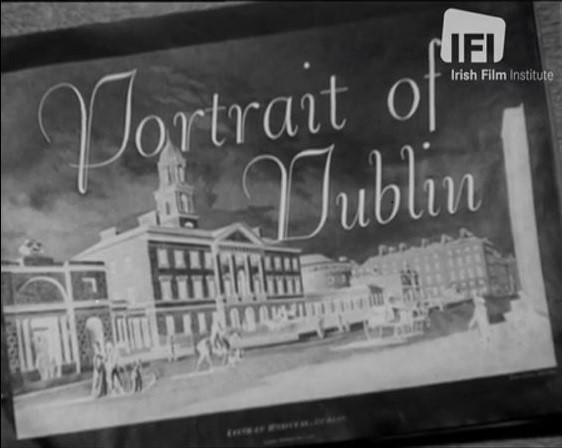 Opening sequence of ‘Portrait of Dublin’ from the IFI Player

This is the fifth in a series of blogs about the Liam O’Leary Archive, a collaborative project between the Irish Film Institute and the National Library of Ireland.

Previous blogs in the series can be found here:

Liam O’Leary was a major researcher and collector of film and cinema materials, but he was also involved in making some films in the 1940s-1950s in Ireland. His films include the party political film ‘Our Country’ for Clann na Poblachta and the public service films ‘Mr. Careless Goes to Town’ and ‘Safe Cycling’; which are both available to view on the IFI Player. 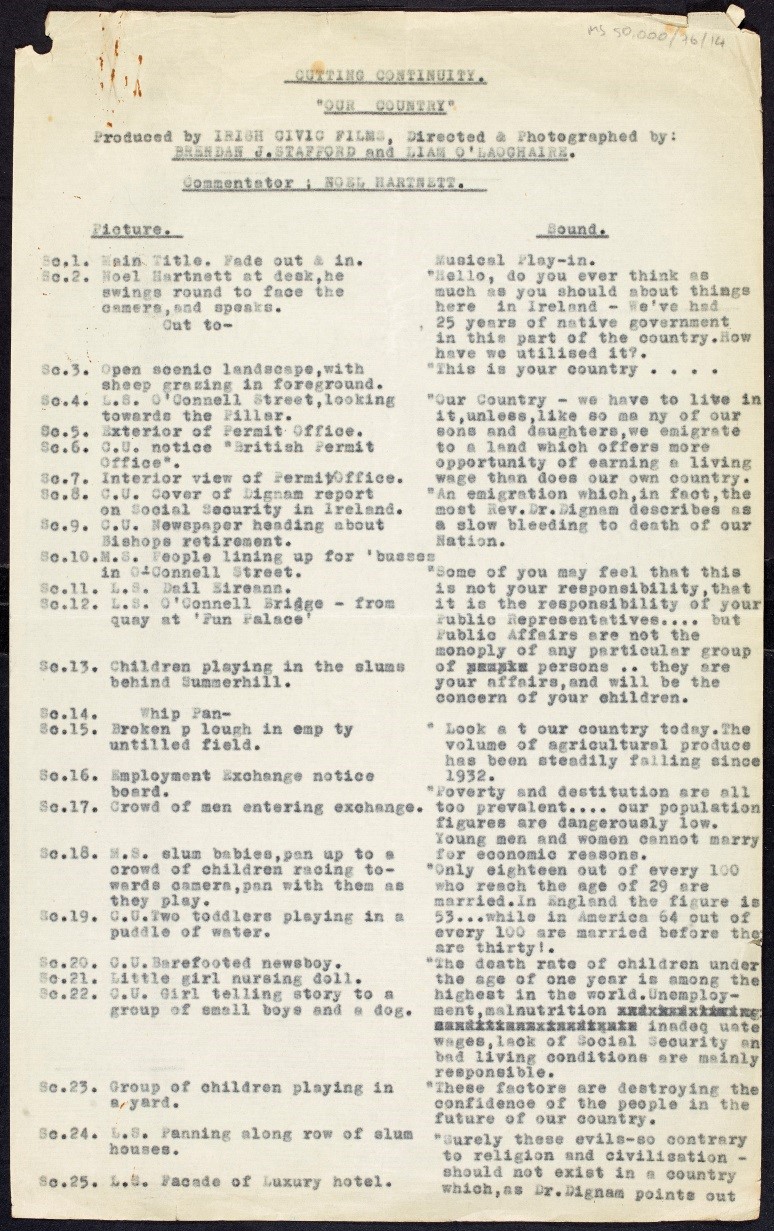 The films were produced by the National Film Institute for the Department of Local Government in 1949 and directed by Liam O’Leary. ‘Mr. Careless Goes to Town’ shows the dangers and consequences of drunk driving while also showing how to drive well on city and country roads. ‘Safe Cycling’ is a more light-hearted film illustrating the history of the bicycle (including the penny-farthing and the bone-shaker) and how to stay safe, cycling on Irish roads. The films are a great chance to see Dublin city in 1949; with images of the Theatre Royal Cinema (no doubt a nod from Liam O’Leary to his love of cinema), and tramlines which are being put back in the city streets this year and next. 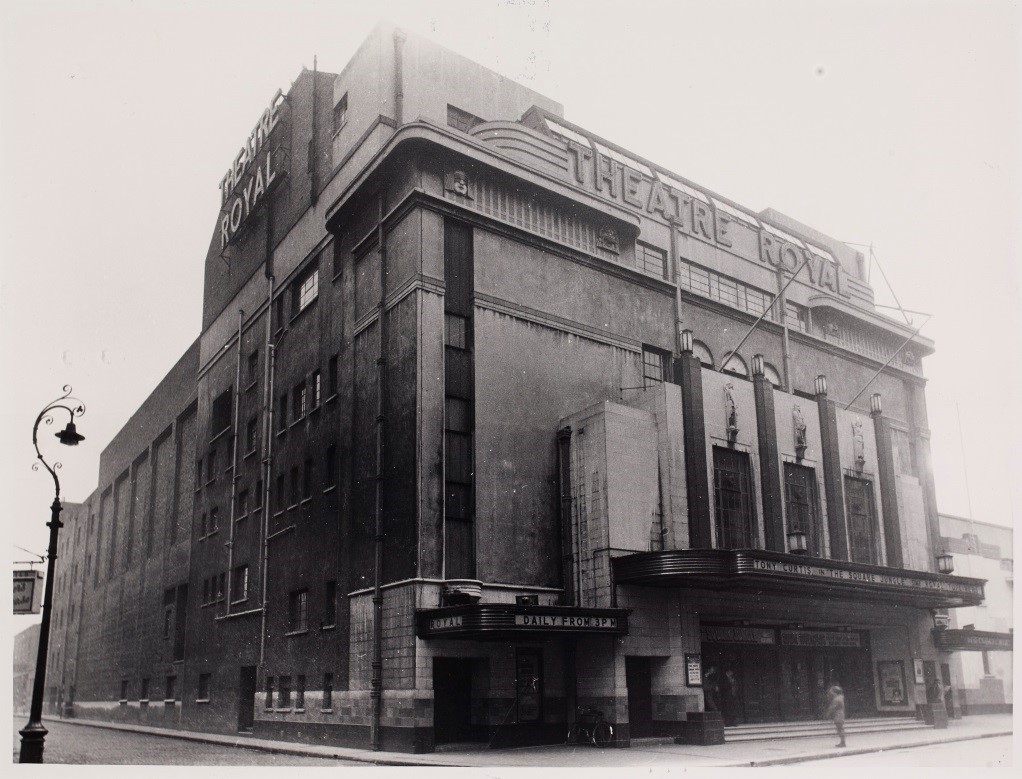 Another film available on the IFI Player, is ‘Portrait of Dublin’; a film made by Liam O’Leary and Brendan J. Stafford for the Cultural Relations Committee and the Department of External Affairs (now the Department of Foreign Affairs and Trade).

The documents relating to the film, held in the Liam O’Leary Archive in the National Library, are a great insight into the creation of a film of this kind, including scripts, sequencing, budget and distribution.  The documents, particularly the correspondence, also show the tension and frustration felt by Liam O’Leary and Brendan Stafford in the creation of the film due to budget issues and differences of opinion with the Department. For Liam O’Leary, the experience left him frustrated and disillusioned with the Irish Government, emphasising the lack of support for filmmaking and filmmakers in Ireland. One letter in particular, from Liam to Brendan, dated 14th November 1951 states:

“I’m sure the news on the phone last night came as an unpleasant shock. It’s been hell for me for the past two days what with exercising restraint that no Christian should be asked to undergo and trying to get a clear picture of a situation dominated by a bunch of panicking neurotics.”

The documents in the collection held in the National Library are a fantastic resource to accompany the Liam O’Leary films available on the IFI Player; giving the background of these films which are charming but most definitely of their time. 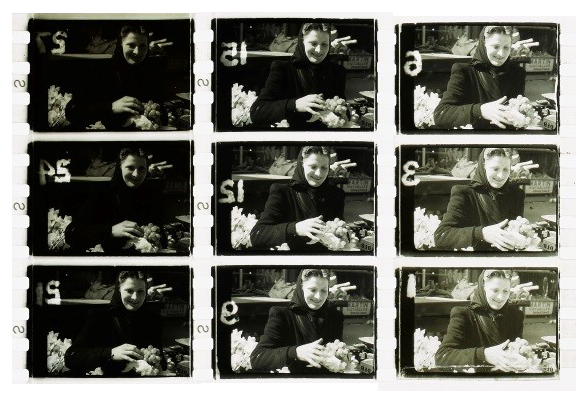 Cinex strip from ‘A Portrait of Dublin’ showing different exposures of the one image. From the Liam O’Leary Archive: MS 50,000/77/209