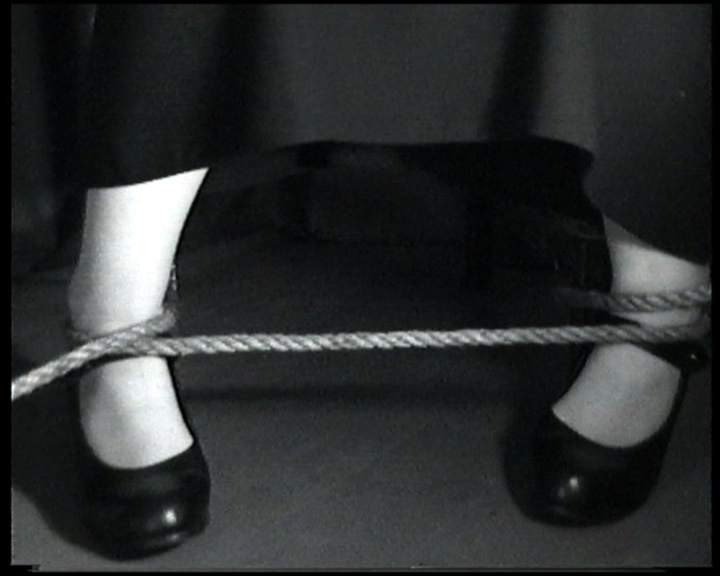 Susan MacWilliam discusses her interest in the paranormal as a subject for her films, and about bringing her first film, The Last Person, 1998, back to the IFI after 19 years. It screens July 25th at the IFI, as part of a programme entitled ‘Out of Body’ – a collaboration between aemi and IMMA.

The Last Person was screened at the IFI (then the IFC) in 1998 in First Cut, the following year it was nominated for the IMMA Glen Dimplex Artists Award 1999.

I am delighted to bring The Last Person back to the IFI. It will be screened as part of Out of Body, a programme of films I curated with Alice Butler and Daniel Fitzpatrick of AEMI, following an invitation from IMMA to respond to their exhibition, As Above, So Below: Portals, Visions, Spirits & Mystics. Out of Body features films by Maya Deren, Mairéad McClean, John Smith, Susan MacWilliam, Jordan Baseman and Paul Sharits.

Three years before the turn of the 21st century, and sparked by a television documentary I had seen, I became captivated by the activities of the séance room, in ideas about the psychic medium as producer of image (ectoplasmic emanations, faces of the dead, etc.) and the role of the camera within the séance room as observer and gatherer of visual evidence. The collision of the birth of modern spiritualism around 1848, and the popularisation of photography fascinates me.

It’s now twenty years since I first picked up a video camera and began using the fields of psychical research and parapsychology, and the narratives of the paranormal, as my subject matter. My films have investigated materialisation mediums, ectoplasm, trance, hysteria, dermo optics, table tilting, clairvoyance and telepathy. 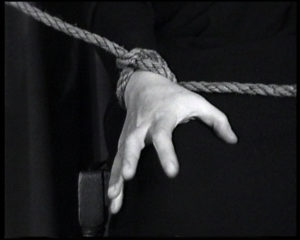 Assuming the role of Helen Duncan I recreate some of the séance room phenomena described in the court reports that followed Duncan’s trial. I am both in front of and behind the camera. ‘Ectoplasm’ is seen emerging from my mouth, hands appear and spirits are conjured up. In one sequence the ectoplasm emerging from my mouth is attached to a ‘spirit trumpet’, which was said to have magnified the voices of the dead coming through the medium. Elsewhere my hands and feet are seen bound to the chair. In order to observe the phenomena of the séance room psychical researchers employed hand made testing apparatus, and used methods to restrict the medium, in order to eliminate the possibilities of fraud.

It is believed by many people that the Government conducted this trial in order to silence Duncan, who had previously revealed information at one of her séances about the sinking of HMS Barham, which as the time was a War Office secret. In 1951 the British Witchcraft Act of 1735 was repealed.

Since making The Last Person I have found myself drawn in to some of the inner circles within the fields of parapsychology. I have worked closely with prominent parapsychologists and psychical research institutions, including poltergeist investigator William G. Roll and the Dermo Optical Perception Laboratory of Madame Yvonne Duplessis, Paris. 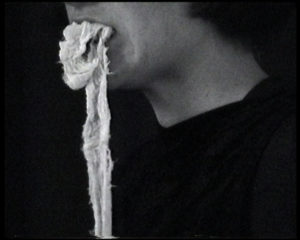 My sustained engagement with the New York family of the Irish born medium Eileen J. Garrett has resulted in the production of a number of films, and my association with them has opened many doors to me. I have worked with historical archives internationally including those of the Parapsychology Foundation, New York, the T.G. Hamilton Spirit Photograph Archive, University of Manitoba, Winnipeg, the Parapsychology Laboratory Records, Duke University, Durham, NC and the Rhine Research Center, Durham, NC.

Susan MacWilliam will introduce Out of Body on July 25th 2017 at 18.30 and following the screening she will talk about the programme in the context of her own work.