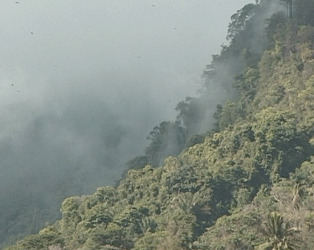 Please note: three of the films in this programme contain a strobe or flicker effect

Presented in partnership with IMMA’s exhibition ‘As Above, So Below: Portals, Visions, Spirits & Mystics’, aemi is delighted to collaborate with artist Susan MacWilliam to present ‘Out of Body’, a selection of films that explore the psychic and physical spaces of body and landscape.

Automatic, subliminal and unconscious states of mind are explored through a variety of approaches in works from Jordan Baseman, Maya Deren, Mairead McClean, Paul Sharits, John Smith and Susan MacWilliam. These films encourage a consideration of the external and the internal, of that which is visible and which is not, drawing attention to the very act of looking and even eliciting the feeling of being ‘out of body’.