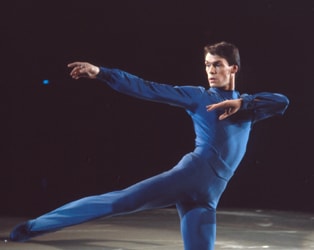 This film was released 2nd March 2018, and is no longer screening.

British figure skater John Curry was just 26 when he won the European, Olympic and World titles, single-handedly reinvigorating what had become an unfashionable sport.

James Erskine’s (The Battle of the Sexes) rigorously researched film delves into three key aspects of Curry’s extraordinary life: his athletic prowess and position as a daring innovator in international figure skating, his artistic ambitions to elevate his craft to fantastical heights, and his years of struggle as a closeted homosexual who overcame the repression of both family and society to become the first openly gay Olympian.