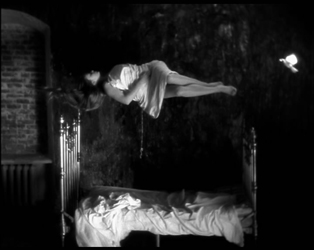 Andrei Tarkovsky (1932-1986) is one of the true greats of world cinema. Despite having sole responsibility for just seven features and a handful of shorts, his work has proven hugely influential; admired by contemporaries such as Akira Kurosawa and Ingmar Bergman, who said of him, “Tarkovsky for me is the greatest (director), the one who invented a new language, true to the nature of film, as it captures life as a reflection, life as a dream”, he has also had an enduring impact on Russian filmmakers such as Aleksandr Sokurov and Andrei Zvyagintsev, and others such as Béla Tarr and Terrence Malick.

A humanist intrigued by notions of faith and spirituality, Tarkovsky’s work also frequently addresses the reciprocal relationship between the artist and society, how the past informs the present, and the individual’s place in and relationship with nature. Stylistically, his films are predominantly constructed in long takes which are intended to impress upon the viewer the experience of the passage of time, and the relationship of one moment to another. He believed, “my function is to make whoever sees my films aware of his need to love and to give his love, and aware that beauty is summoning him.”

Introduction and notes on individual films by Kevin Coyne. Mirror opens at the IFI on May 20th.