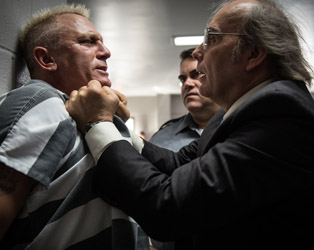 The IFI is very pleased to announce a new addition to the programme for August 2017, Steven Soderbergh’s Logan Lucky.

Soderbergh is the multi-talented director behind sex, lies and videotape, Out of Sight and the Ocean’s Trilogy, who also frequently acts as cinematographer and editor under the pseudonyms of Peter Andrews and Mary Ann Bernard respectively.

Logan Lucky sees the filmmaker returning to the big screen after a four year hiatus following the release of Behind the Candleabra, when he moved to the smaller screen for the highly feted series The Knick starring Clive Owen.

It’s about siblings played by Tatum and Driver who put a plan in place to rob a shedload of cash during a NASCAR event. Needless to say, things don’t exactly go to plan.

Logan Lucky releases on Friday August 25th, with tickets going on sale on Monday the 21st of August.