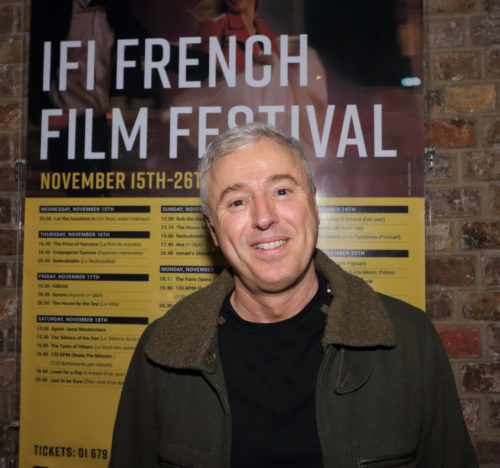 The IFI French Film Festival 2017 is currently running up until November 26th, and we have been delighted to welcome a number of guests during the opening weekend.

One such guests was Robin Campillo, the director and co-writer of new film 120 BPM. Here’s the set up for the film:

Early 1990s. With AIDS having already claimed countless lives for nearly ten years, Act up-Paris activists multiply actions to fight general indifference. Nathan, a newcomer to the group, has his world shaken up by Sean, a radical militant, who throws his last bits of strength into the struggle.

Campillo attended a screening at the IFI on Monday the 20th of November, and sat for a Q&A afterwards with GCN editor Brian Finnegan. You can listen back to the Q&A below.